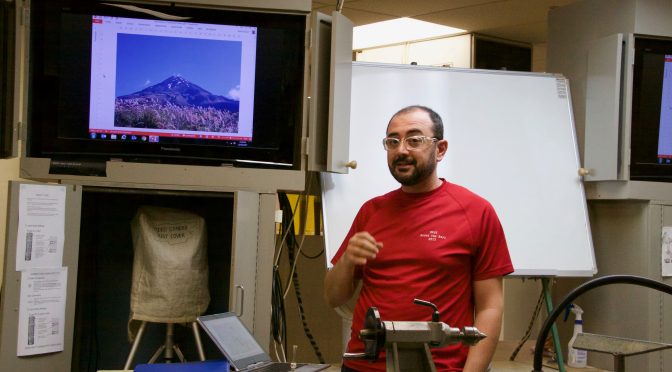 I have come across this new thing called Inverse Logic. It is the same deal as alternative facts so I will give you an example and see if you can understand it! Think of cannibalism.

The first was a bit fed up because they gave him a pigs valve so he couldn’t eat Pork from now on.

The second wasn’t too happy because he got a cows valve and that meant no more steak.

The third was happy as because he got a plastic valve made from vegetable oil and with his wife being a vegetarian he would never have to eat another $%^&* vegetable again.

We had a good meeting this week even though attendance was down a bit with the opening of the Easter Show.

Colin had made a Viking Bowl at the Glen Lucas day and he brought the finished article along for us to see. Jim brought along a box that was more complex than it looked with some nice inlayed components. Raed gave us a good demo on making a small lidded box, first we had a slide show about what he has been up to at work. He used Kanuka for his box and he had photos from when he had harvested the fallen tree. He dealt with hollowing, cutting the rim, fitting the lid turning the outside and finishing the lid using a jamb chuck.

Ian took some great pictures so I will let them do the talking.