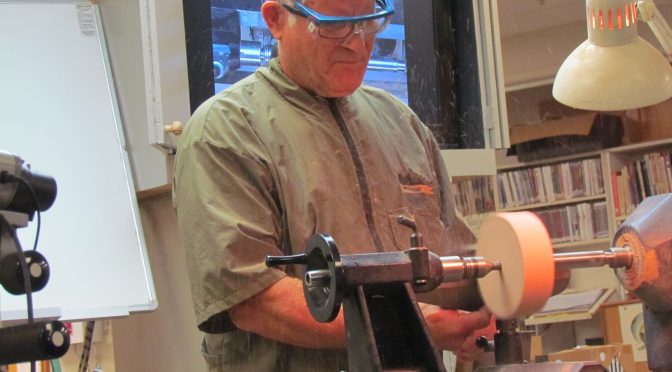 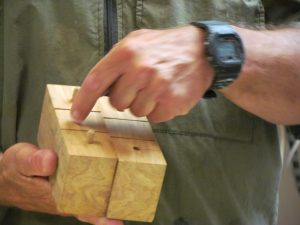 First cut the block in half – the two dowels allow you to align the donut after it is turned when you need to join it together, the pieces are glue together, but only in the middle section.  The idea of the shallow cuts is to prevent the glue from getting to the outer surfaces 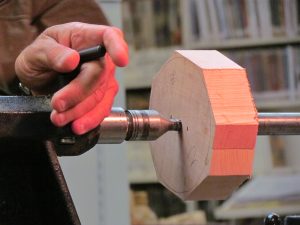 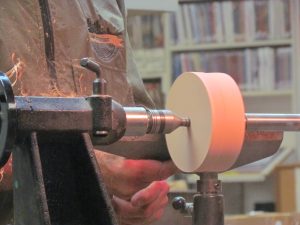 Bruce had a template to assist in making the donut round. 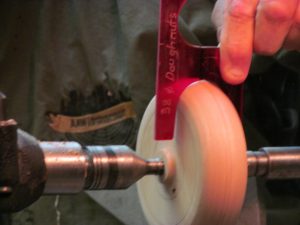 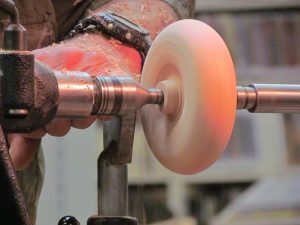 Once a basic donut shape was established, the turning moved from between centres to a jamb chuck. 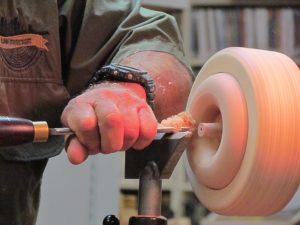 The centre was then taken out carefully, removing material from one side, then turning to remove material from the other.  This care was to prevent the wood in the centre from damaging the donut. 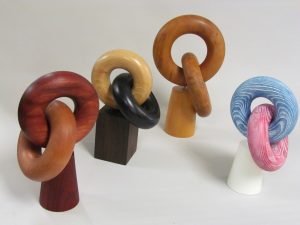 Another donut was then turned without the split, the the split one put through it, and mounted on a stand.

The slightly larger donut was made by Carol Knowles, the other three were a number of variations the Bruce had completed.