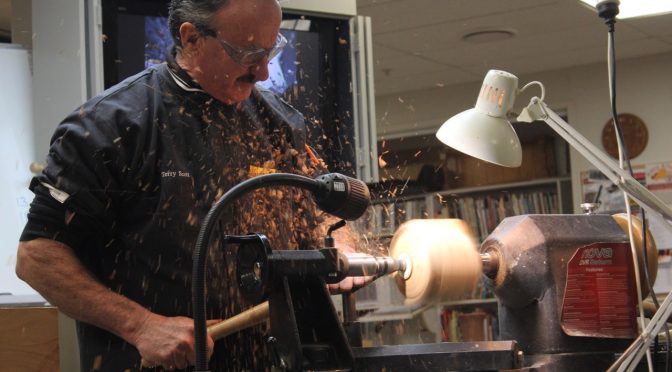 The term project for the guild members is to produce an item from a 125mm cube. Terry proceeded to show those in attendance how to make a winged lidded box from a 125mm cube of matai, which one of the hawk eyed observers caused Terry to admit that his cube was in fact only 122.5mm. That is not a bad observation from about 3m away, but it was typical of the fine repartee that took place during a most informative and entertaining demonstration. 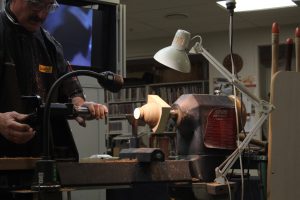 As is usual with Terry’s demonstrations there were lots of tips and helpful hints e.g. 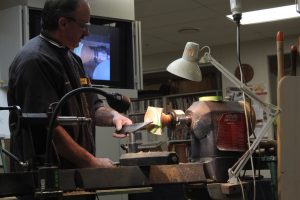 Terry finished the winged lidded box by adding some embellishment with his famous $10 texture tool which of course doesn’t cost $10, but adds $10 value to your work each time it is used. Well, that is what Terry reckons and he would be right! 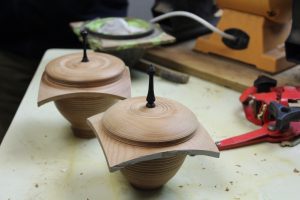