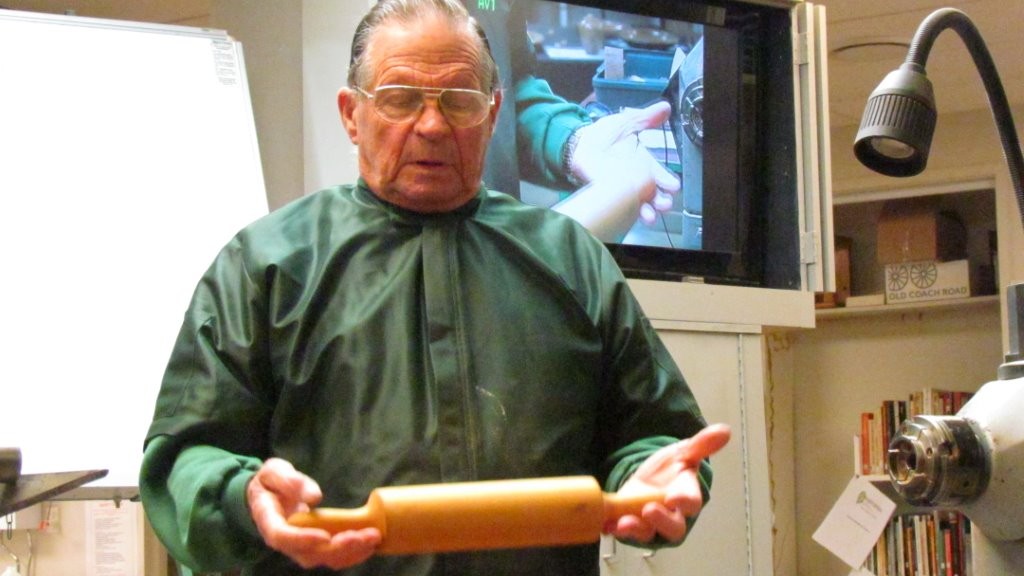 Rolling Pins can be traced back to the 9th Century. Commercial production of them started in the 18th Century and were made from Pine, probably a harder wood than we are used to. They were also used for crushing Oats. In the late 18th Century JW Reid patented a rolling pin with a central rod handles on each end which could be held firm in use. In the USA 650 to 700,000 are sold pa. They are made out of a wide range of materials. Some are patterned to leave an impression in the dough. They can have handles or be just a straight cylinder with many different diameters and lengths. Smaller ones are used for icing sugar. A French rolling pin has a taper from the centre to each end.

Colin demonstrated some beading with a bead cutter on a small pin in order to pattern the dough. Black Maire is a good wood as it is heavy and turns well. We discussed ways of keeping the cylinder equal along its length. Sight the tool rest with the bed and follow that, another method is to Part down to a given size using callipers slightly larger than the required finished diameter.

Thank you Colin for an informative evening.