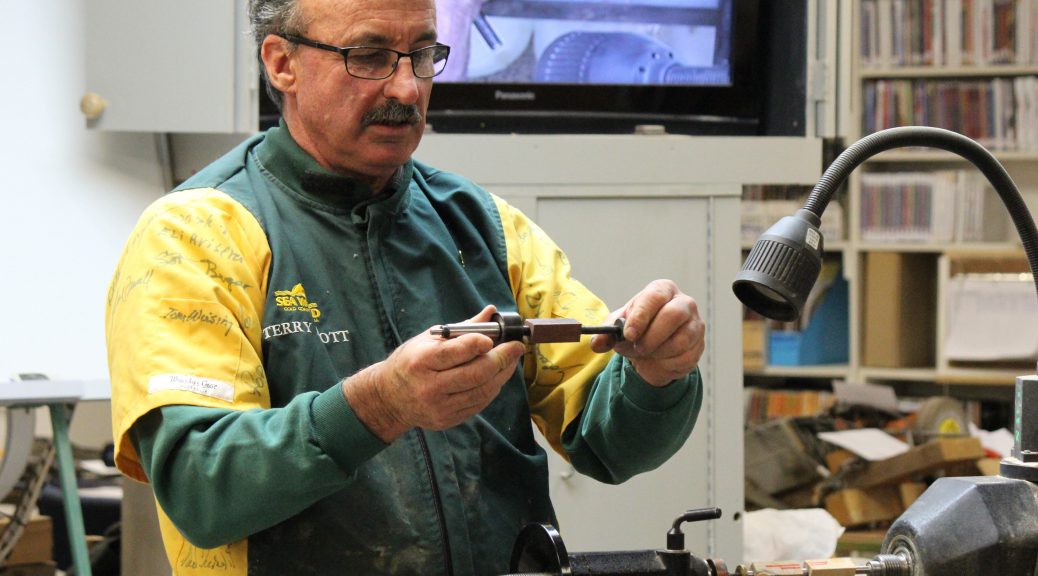 So the plan was to have a hands on night, where each member of the club made a slimline pen.

As there have been many new members since the last attempt at something similar, Terry started with a “short” demo. Of course Terry the proceeded to try and get everything he could about how to make a pen into the demo, here is a quick report of the major points.

With lathe option about 500rpm. Make sure you align the lathe head first.

Rough up the outside of the brass tube with some sandpaper

Put potato plug in end of the tube to prevent glue going in.

Glue into blank with superglue

Mill ends of blank – don’t use vice as may stretch brass tube.

Put the blanks on a pen mandrel with bushes to match pen kit.
Mandrel saver (live centre) presented as an option instead of default knurled nut.

Turn lathe up fast as you are turning a very small diameter.

Cut from the centre out with spindle roughing gouge.

Use U-Beaut EEE-ULTRA SHINE to get a high polish.

Take the matching pair you have just turned – keeping the grain aligned. Terry suggested if turning a lot of pens to make up a board with 4 inch nails to keep them together.

Terry then gave a quick demo of the disassembly process if you want to refinish a warn pen or replace some parts.

The crowd then went to the lathes and the real fun began. Many people taking home a successful first pen.